The Gottman Method: Couple Therapy for all Types of Relationships 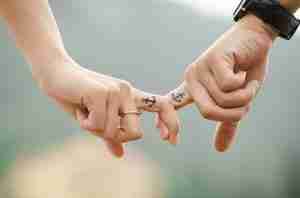 The Gottman Method Couples Therapy is a marriage and couples therapy method that has been practiced for over 40 years. It was developed by Dr. John Gottman and his wife, Dr. Julie Schwartz Gottman, to help couples build better relationships with each other while also reducing conflict in their home environment. Based on their own Sound Relationship House Theory, the method focuses on empathy and validating the partner’s feelings as well as encouraging the couple to talk about problems without blaming one another or resorting to criticizing their partner (although this can be done in some cases). This article will look at what the Gottman Method Couples Therapy is all about, who it can work for, and how you can get started using it!

The Gottman Method can help couples that are in any type of relationship, from a marriage to a dating couple. The method was initially created for married couples but the Julie and John Gottman soon realized it could apply to other types of relationships as well and began testing their techniques with engaged or cohabitating couples. It has been tested with couples in multiple cultures and has helped these couples to repair their relationships. While the Gottman Method Couples Therapy works with a variety of couple types, there are some for which it is not intended. It is not intended to be used with couples where there is an ongoing affair. This is not talking about open relationships, but couples who agreed to monogamy where one partner has breached trust. Once the affair is ended then Gottman Method can be used with the couple. It is also not intended to be used when couples are experiencing extreme domestic violence and there is a danger of serious harm.

Gottman Method Couple Therapy is not like most types of counseling or therapy. While many forms of couple’s therapy encourage the couple to sit together and problem-solve, Gottman Method starts with teaching clients how to listen to each other and replace negative conflict patterns. This helps make sure that the partners actively understand each others’ points of view. It also allows each person to feel heard and have their feelings validated. Couples not only learn how to better understand one another but also to express themselves in healthy ways without resorting to fault finding or judgmental language.

Can the Gottman Method Predict Divorce or Separation?

John Gottman, PhD. is well known for being able to predict whether a couple will divorce after just a single session with them. This is not due to compatibility, but from watching their interactions with each other. In specifically, Dr. John Gottman is looking for something he calls “the four horsemen of the apocalypse” in their discussions. These four horsemen are criticism, contempt, defensiveness, and stonewalling. If any of these are present when a couple tries to problem solve, the relationship will eventually deteriorate. If the couple is taught to use “antidotes” to the four horsemen then their relationship can be repaired. Gottman Method Couple Therapy teaches couples to stop using the four horsemen and interact with each other more healthily.

The first session of Gottman Method Couple Therapy is an intake session. The goal of the session is for the therapist or counselor to get to know the couple and understand their problems. It is somewhat structured, but there is plenty of room for the couple to tell their stories and express their point of view. One unique thing about the first session of this type of therapy is that the therapist will ask the couple to discuss something that they are having a conflict about, without the therapist intervening. This discussion allows the therapist or counselor to see how a couple interacts and they can look for things such as the four horsemen of the apocalypse. The therapist may also let the couple know that they will be receiving a questionnaire to fill out about their relationship. This test can help diagnose the relationship issues that the couple is experiencing.

The Third Session and Beyond

During the third session, the actual therapy starts. The therapist explains the theory behind the Gottman Method and helps the couple to understand it. They explain where they think the couple fits within that theory, and what the next steps are to work on the relationship. The therapist may also discuss the couple’s strengths as partners and will continue to build on these strengths across the next several sessions. The counselor may discuss the couple’s weaknesses during this session. They will help them learn how to shore up these weaknesses over the next several sessions by teaching them relationship skills.

Usually, in the third session, the therapist teaches the couple about the four horsemen of the apocalypse if they are experiencing them. The counselor or therapist then teaches the couple the antidotes to the four horsemen, as they will be using these in the remainder of the sessions. If either of the partners is having issues with keeping their emotions steady during arguments, then the therapist will teach them how to self-soothe as well.

The remainder of the sessions will continue similarly, with the therapist teaching the couple relationship skills to help them build their friendship, handle conflict and make the relationship the best it can be.

What Are Some Principles of Gottman Method Couple Therapy?

Interventions in this research based approach help couples to deepen emotional connection, create shared meaning, have a healthy relationship, improve verbal communication, manage conflict, improve the friendship by creating love maps of each other’s inner world, take a positive perspective on each other and the relationship, create shared goals, and increase appreciation and respect.

Does the Gottman Method Work?

How Do I Find a Gottman Trained Therapist Near Me?

If Gottman Method Couple Therapy sounds like something that might help you and your partner, the first step to take is finding an Gottman Trained therapist. If you got here by searching “Gottman method couples therapy near me” or “Gottman trained therapist near me” and you live in Ohio, you are in the right place.  Columbus Therapy and Hypnosis has therapists that are trained in Gottman Method who would be happy to speak with you about how we can help you improve your relationship. Yvonne Judge is one of our therapists that is a Gottman Trained Therapist, click here to see her profile on the Gottman Referral Network.  If you are outside Ohio, The Gottman Institute website has a list of therapists who are trained in this form of couple counseling.  If you would like to book an appointment or ask questions  click here for our contact form or call 614-245-5119. We have day, weekend, and evening appointments available. We see clients in person in our office in Columbus, Ohio. We also offer in-home appointments in the greater Columbus and Youngstown, Ohio areas. We provide telehealth services throughout the state of Ohio, doing video sessions using our HIPAA-compliant video software.

Click here to see other types of therapy we offer.